The Queen's Art for Sale! 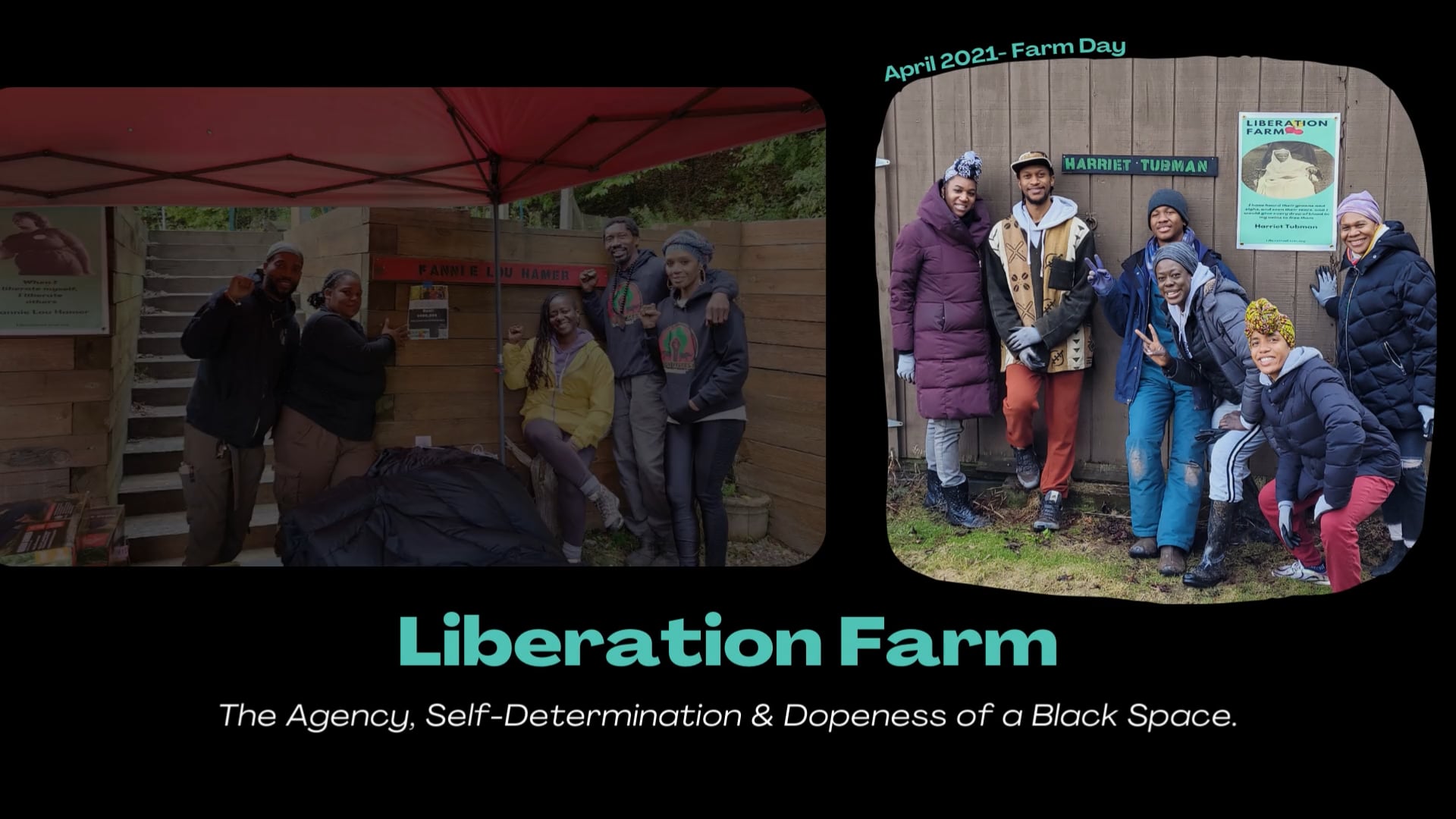 What are people saying about Liberation Farm?

Saundra inside our kitchen at Liberation Farm

Liberation Farm at the Farmer's Market

We farm with purpose.

What is Liberation Farm?

Liberation Farm is run by Nadia and Omowale. LF is a space for Black culture to cultivate food and community agriculture. Our space is Unapologetically Black. It means we focus on teaching Black descendants who are less than 2% of the farmers in the US. Black farmers produce food on only .5% of the land. Liberation Farm is a 100% vegan space. Please, no animal food products on the farm.

What do we grow on the land?

We have successfully grown small quantities of cannabis, microgreens, oregano, peppers, spinach, squash and tomato, but we are definitely a beet farm. Over 90% of our crops are beets. Because beets are a superfood and both Nadia and Omowale love beets! Beets taste great! Beets are a sweetener. are a good source of iron, potassium, magnesium, and Vitamin D6. Beets are an amazing blood purifier, heart regulator, skin tightener, and digestive system cleaner. Beets are superfood!

Our mission at Liberation Farm is to nourish and provide space to grow people and plants. We are a Black farm + Black space.

We give respect to Fannie Lou Hamer who helped establish the Freedom Farm Cooperative developed in 1967. 102 years after the Emancipation Proclamation supposedly granted all former African/Black slaves freedom she believed we needed to secure our access to agricultural land. Why? Hamer knew we were not free from being discriminated against, murdered with impunity,  redlined or robbed of land, food and shelter. Hamer was an outspoken farmer, educator and activist born October 6, 1917 in Mississippi. She worked with numerous Black organizations including Student Non-violent Coordinating Committee (SNCC).

Hamer lived the suffering of being a stressed as a Black woman and from cancer, diabetes and heart disease. Fannie Lou Hamer died on March 14, 1977.

Liberation Farm reminds us of Fannie Lou Hamer and her work.

"Sometimes it seems to tell the truth today is to run the risk of being killed. But if I fall, I’ll fall five-feet four-inches forward in the fight for freedom." -Fannie Lou Hamer

A 17-acre dope Black farm of adventure. We Grow People and Plants.

Harriet Tubman was born around 1820 and raised under the brutal and miserable conditions of slavery in Maryland. She worked for numerous slave owners, including being loaned out to white men.

Tubman was a small and frail-looking. In her teens she was hit by a slave owner while attempting to prevent a man running from slavery. As a result, she developed epilepsy and periodic seizures.

Harriet Tubman freed herself in 1849 using the Underground Railroad, making it to the north. The following year, she began making the arduous trek down south, first freeing her nieces.

It's debated how many people Tubman freed, the number between 70 and 300. Tubman who had almost 2 dozen missions likely would not have remembered the exact numbers. However, Tubman said it was a voice inside her head making her daring rescue missions an obligation.

Harriet Tubman never stopped saving Black people until they had adequate food, clothes, shelter and security. We honor Harriet Tubman by picking up the torch and continuing the legacy of liberation to light the way for others on this Black farm.

Powered by the People